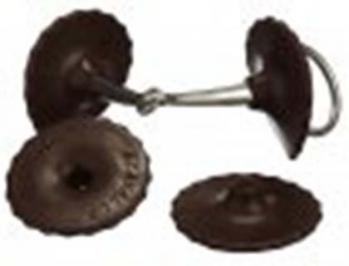 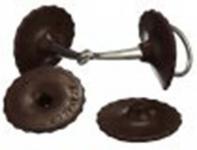 All the protection of a traditional bit guard but with a soft gel moulding round the mouth piece offering  protection for the corners of the mouth.  Prevents pinching & rubbing and works with most type of bits. Also encourages bit to stay straight & balanced in horse's mouth, especially when turning. An invaluable aid for training young or difficult horses 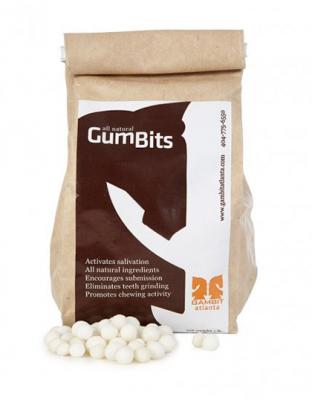 These amazing little balls, from a specialist company in Atlanta, USA, are 'candy for a horse's mouth' a god send for horse's who can be difficult with the bit. When the mouth is agitated and tense grinding often occurs which can be a very hard habit to break. Grinding can even occur when horses are on a perfectly good contact, engaged and working in a correct shape. GumBits prevent as well as stop grinding and associated problems with the mouth.

Give a small handful, the equivilant of two teaspoons full, each time required. Feed to the horse before tacking up. They will last about 45 minutes or more, long enough to get through a schooling session or a warm-up and test.

Gumbits once chewed form a gel like film over the teeth that prevents abrasion of the teeth.

Where did the GumBits story begin

US Inventer Elizabeth Kane, from Atlanta, brought a Dutch mare in Europe five years ago and decided she could over look the mare’s one fault – she was a tooth grinder!

“When she was shown to me in Holland, she was grinding her teeth and I thought, ‘I don’t want any tooth grinders,’ but I liked her so much I decided I’d just have to live with it. There were so many other nice qualities about the horse,” said Kane, an Atlanta resident. But then she brought the mare home and the grinding, which was even present when Magie was out hacking on a loose rein, began to get to Kane a bit.

“It was just her thing. It was a habit. There were no other signs stress.” Kane said. “I’m a USEF judge and I’ve been riding horses for a long time, so teeth grinding was not new to me, but dealing with it on a daily basis was and I didn’t want to hear it. I was familiar with all the tricks people use, and some of them are quite unsavory.”
Having tried the known methods, she turned to an idea of her own and from that idea has emerged a whole new product and a whole new business – GumBits, a sort of chewing gum for horses!